Showbie Gets Fan Mail — from a Student!

Though Showbie often hears from teachers who are happy that we’ve streamlined their 1:1 classroom, it’s not every day that we get fan mail from students. And, as an app for paperless classrooms, it’s even more unusual to get hand-written letters from — well — anyone!

So when a grade six student in Australia named Ned sent us a letter telling us how much he loves Showbie, we were blown away! 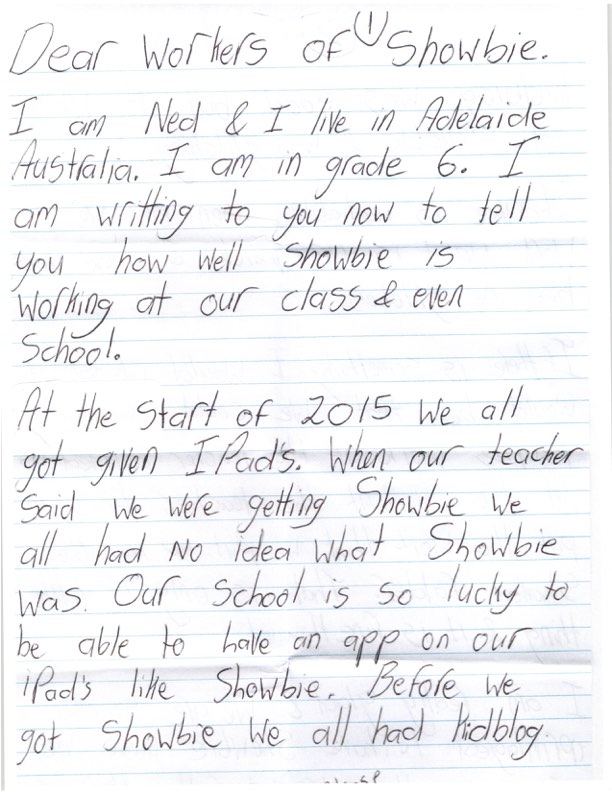 In his letter, Ned told us that he’s proud his classroom is saving paper, and that he feels lucky because he gets to use Showbie on iPads. He even provided us with a feature suggestion for the future: he’d love to be able to share his work with other students in the shared folder if the teacher enabled it. A grade six student thinking about how to improve classroom technology? We’re impressed, Ned!

I think that we are really privileged & I am thankful for Showbie.-Kind Regards, NED 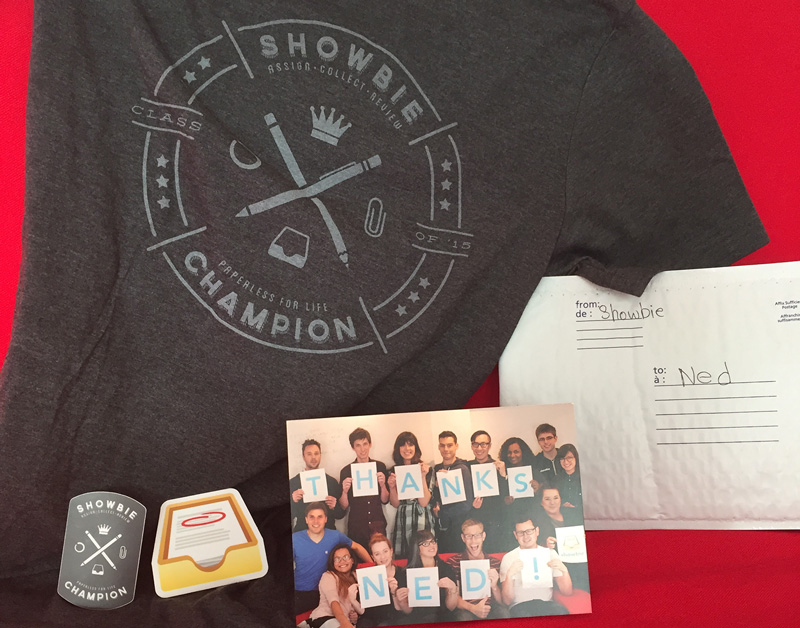 To thank Ned, our team is sending him a personalized card, along with one of our specially designed Showbie Champions T-shirts. Though he isn’t an educator, Ned has definitely shown us that he’s one of our champions.

So from the entire Showbie team — Thanks, Ned!

Welcome back to school! To those of you who are new to Showbie, nice to meet…

Say Hello to Our Showbie Champions!

Ever since Showbie began, our team has been introduced to countless passionate…