How to Create a Digital Scavenger Hunt in Your Classroom

Known primarily as a classroom workflow app, teachers are often surprised when they discover the creative ways they can create assignments using Showbie’s built-in tools.

Paul Ridgway, Apple Distinguished Educator and Showbie Champion, recently tweeted about a project he created in his classroom where he used Showbie classroom codes in a scavenger hunt.

Experimenting using @Showbie class codes in a treasure hunt for Year 9 tomorrow. Sure it will work.

Intrigued, I asked Paul for more information about how this was achieved and what it looked like, and what I discovered was that teachers can use creative ideas like this to engage students in ways they couldn’t before!

Read on to get Paul’s explanation of how he created his scavenger hunt, and get tips on how you can recreate it in your own classroom.

We had just covered the basics of cells and mitosis and I was worried about trying to make sure that students were engaged and enthusiastic about a subject that they never find that interesting. 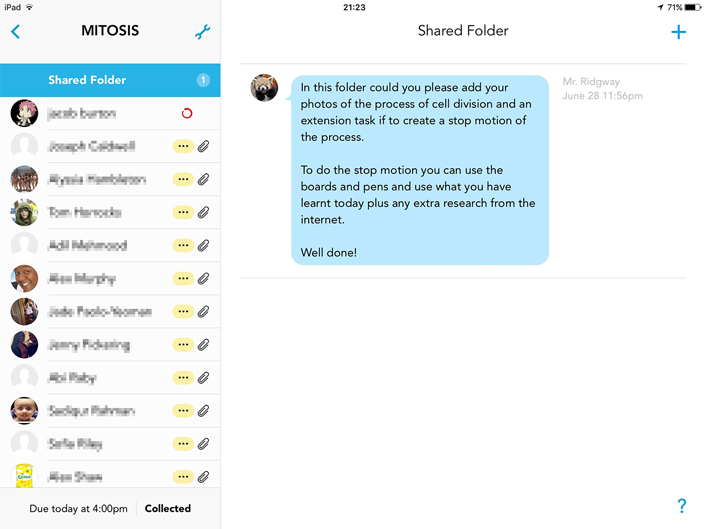 A couple of ideas came to mind, but I know how important it is that students enjoy themselves while learning. In the end, I thought of a treasure hunt where students were asked a question and then had to find the correct answer around the room. I started planning and realized I could use the iPads in a new way as well. After a bit more planning and head scratching, I had the basis of a lesson.

Students were given diagrams of the stages of mitosis and questions linked to them were dotted around the room in certain coloured cards, with a variety of possible answers to be found in the room as well. 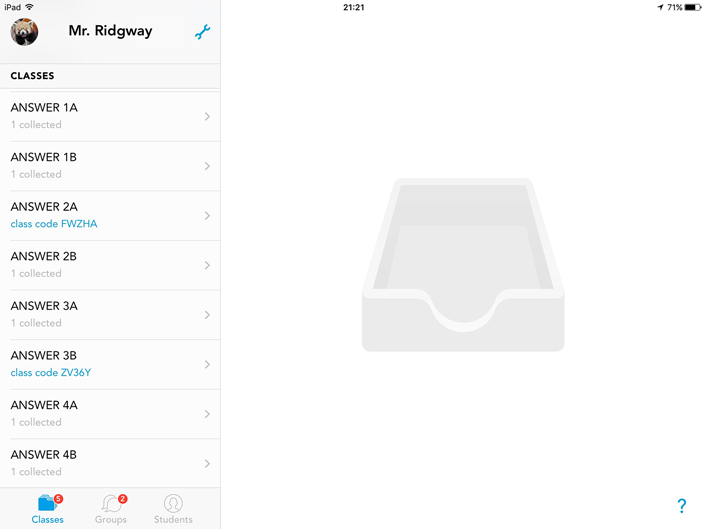 The idea was that they had to walk round the room looking for answers and checking with each other to see if they were on the right track. Once they had chosen their answer, they found a Showbie class code. This code gave them access to a shared folder which either congratulated them on getting it right or gave them advice and extra tips if they didn’t. It also helped them for the next question as well. 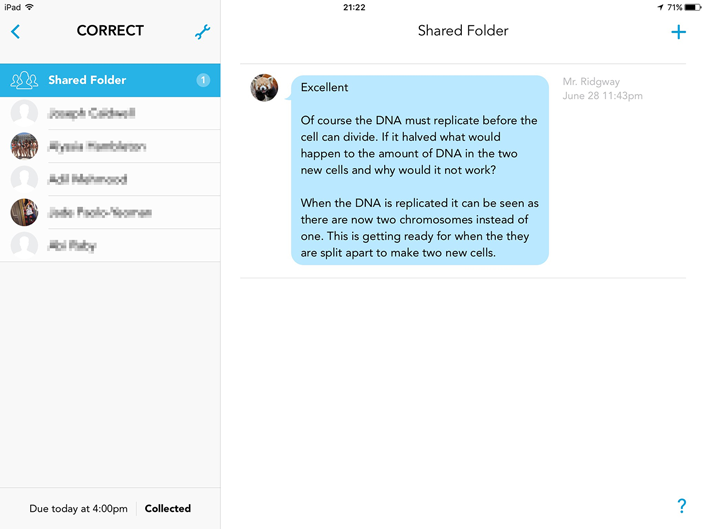 By using different class codes throughout, I could see how the students were progressing through the lesson. As soon as I saw a group enter the wrong class in Showbie I would walk over to them and see how they were doing and offer advice if needed or see how they had learned from their mistakes. 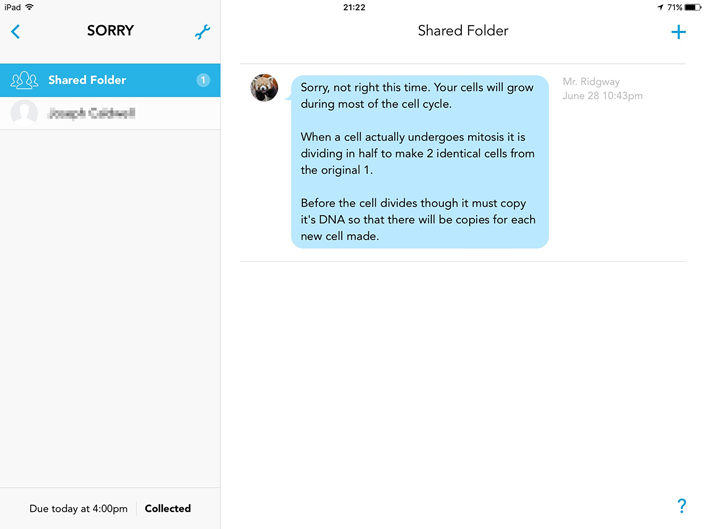 This project in Showbie allowed me to easily differentiate for the students. I knew one or two students would struggle more than others, and I had already prepared help comment in their folder if they asked for help or struggled.

The students loved it, they were active, moving round the room and talking to each other about the task at hand. By the end of the lesson, everyone had placed the diagrams in order and used their knowledge gained from the treasure hunt to annotate the diagrams. Students who got it done quicker were extended in Showbie again by answering some more insightful questions about the importance of mitosis, linking it to cancer and also why it couldn’t be used to make gametes. 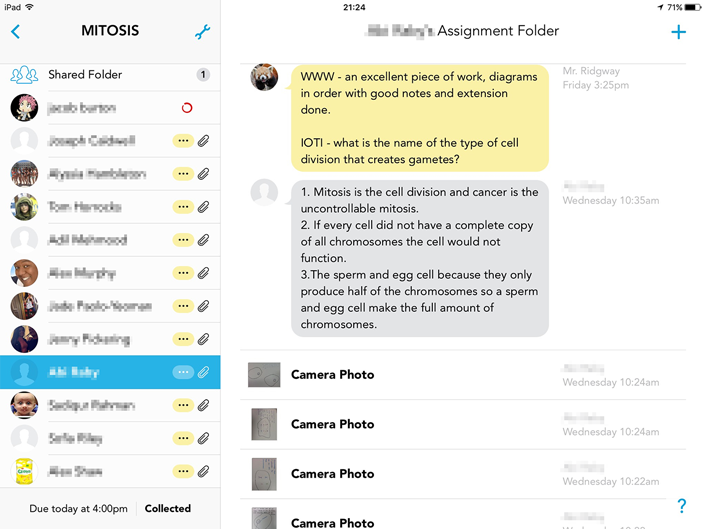 As little as three years ago there would not have been a chance I could ever used this idea in my lesson, but with the introduction of iPads in our school and amazing apps like Showbie, I have confidence it will work and that the students will benefit from being able to make more creative lessons as we progress.

Get Inspired by These Ways Teachers Are Collaborating in…