A Comprehensive Cyberbullying Guide for Parents 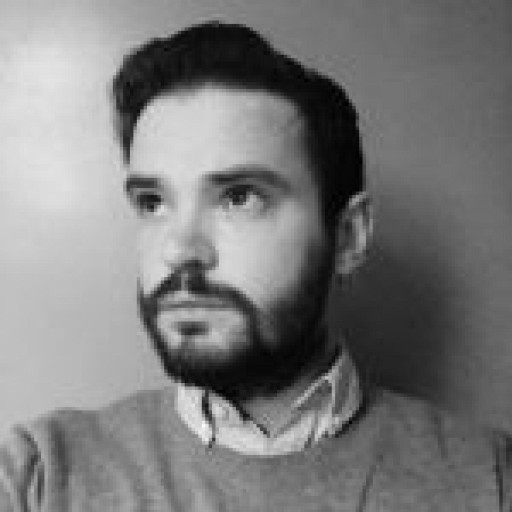 Gray Williams is an experienced data and communications engineer and cross-platform copy and content writer and editor with a keen interest in cybersecurity. Aspirations to continue working within the tech, marketing, advertising, social media, digital communication, fashion, and film/television industries while traveling the world to motivate him.

This content, A Comprehensive Cyberbullying Guide for Parents, has been reposted to the Showbie blog from WizCase.

Digital technology is quickly becoming ubiquitous in our society. The vast majority of individuals now travel with at least one device on their person. This has its advantages, as people can gain access to real time information as well as communicate with social contacts and business associates. It is also useful for day to day activities such as travel times, geolocation and weather information. And this trend is going to continue as new technology continues to be developed.

An Introduction to Cyberbullying

68% of Americans own smartphones as of 2015, with 45% owning tablets, according to the PEW Research Center. This number has no doubt grown. 85% of mothers say that they use technology in order to keep their children busy. 83% of American households have tablets while 77% have smartphones. 86% of those aged 18-29 have smartphones. Many children and teenagers will have a smartphone and a tablet, while simultaneously having access to a computer either at home, at school or in internet cafes. Technological devices are here to stay, and they can have either positive or negative effects depending on how they are used.

Unfortunately, continual access to digital information comes with a series of disadvantages. And one of these is the rise of cyberbullying. 24/7 access to digital technology is not an advantage when the technology is being used to harass or discriminate against an individual. It can be a terrible situation where children are bullied around the clock, afraid to turn on their device for what they might find on it. The role of parents is to stay alert to the dangers of over exposure to these types of technology.

It can be difficult to supply a technical definition of what constitutes cyberbullying. This is due to the fact that cyberbullying is often a subjective phenomenon. The bully may not be aware that what he or she is doing is actually cyberbullying, and may even think that it is a joke. And the child could simply be more sensitive than others. Cyberbullying, like bullying in person, can be very difficult to understand and troubleshoot.

Tulane University has provided a simple definition, saying that cyberbullying is simply a form of bullying that takes place over digital mediums. These digital mediums primarily include social media forums and chat services. Cyber bullies are often anonymous and can be performed in groups as well as individually.

Standard bullying has now gone online, and it is easier for bullies to carry out their operations. What is especially worrying is that the child will often have no refuge at home or anywhere else. If he or she is carrying a device, there may be no escape. What was once a playground phenomenon can now take place anywhere, anytime, thanks to technology.

Currently, there is no law that prevents cyberbullying. There is no remedy at the Federal level, however most US states have added wording to existing bullying laws to include digital bullying. The nature of cyberbullying can be difficult to resolve. It involves two people who are both very young and do not know the consequences of their actions, and thus legal remedies are usually very inappropriate even if there is a case. It is the responsibility of the school to do as best as they can to spread cyberbullying awareness and to prevent it where possible. Social media and other sites should certainly be restricted at schools. Where cyberbullying is reported, all schools are expected to perform a thorough investigation and follow through. Support is to be provided to parents and guardians throughout the process.

Cyberbullying can be especially prevalent for kids aged between 9-14 and according to Cyber Bully 411, 40% of cyberbullying takes place on instant messaging services, 29% takes place on online games and 30% takes place on social networking sites. With video games, cyberbullying is usually not personal. Older users often engage in abusive language if they get “killed” by somebody in shooter games or if another player does not act in accordance with generally accepted principles as perceived by that particular gamer. These video games often have an adverse effect on an individual’s personality which turns them more aggressive, particularly shooter games. Because this abuse is usually verbal through a head piece, there is no real record of its occurrence, and the child or adolescent may not even know the person. The bully could be located anywhere in the world.

There are a number of cyberbullying statistics to take note of, and they are a strong indicate that it is becoming something of an epidemic. It is a very serious concern and not something to be taken lightly, or that the child will “grow out of”.

Cyber bullies do not actually use the internet to find victims, but they use digital technology to bully people who they are already bullying at school. According to a Warwick study, 99% of students would have been bullied regardless of new technology, so digitalization has only added an extra percent. What this really represents is that digital technology is not the problem by itself. But it does make an existing problem far worst. If the issue can be resolved in school, then it will not happen at home. Digital platforms are simply a tool to reach existing victims. The statistics for adolescents that are bullied online and in person are very similar. The most common reasons reported by students for bullying are appearance (27%), race (10%), ethnicity (7%) gender (7%), disability (4%), religion (4%) and sexual orientation (3%) as reported by the National Center for Educational Statistics in 2017.

Another trend that continually plays itself out is that those who are bullied typically go on to bully more people. Girls are more likely to report that they are being cyber bullied. Most commonly, cyberbullying occurs when the other person is seen as different in some way. The cultural context of the particular school may have an influence on whether or not the child is bullied.

Generally, there are 4 major types of bullying. These are social media, harassment, flaming and exclusion. Social media bullying is all forms of bullying that takes place on social media platforms, such as Facebook or Twitter. Harassment is the repetition of negative threats that can occur via different channels, either in groups or alone. Flaming is the public shaming and humiliation of certain individuals, so other people can see, either online or offline. And exclusion is where the individual is ignored or not invited to social events. The victim can then be made fun of among the group without the victim knowing. Flaming is the most humiliating and can stay with the child or adolescent the longest, depending on how long it lasts. But exclusion can be the most difficult to gain evidence of and troubleshoot, as it is nearly impossible to prove. For example, somebody might be deleted from a friends list or not invited to an event, which is not exactly an offense on behalf of the child or student.

On a more positive note, while cyberbullying is on the rise, physical bullying has been on a strict decline for many years. While this was far more common in previous decades, there is currently far less physical violence than in the past. According to the US Bureau of Justice Statistics, violent crimes against adolescents reached an all-time low in 2014. Additionally, a study conducted by the Massachusetts Department of Elementary and Secondary Education found a 22% decline in bullying in Massachusetts between 2003 and 2011. The difficulty with cyberbullying is that it most frequently takes place on instant messaging services. These messages are encrypted and private, such as Facebook Messenger, Whatsapp, Line, WeChat and Snapchat. So there is no real record unless you physically take the device from your child and look at the messages, taking a screenshot. Emails are public comments are much more easily recorded.

According to the Center for Disease Control, 15% of high school students are cyber bullied and 20% are bullied on school property. The percentage of people who have experienced cyberbullying at some stage in their lives has nearly doubled since 2007 to 2016, according to the Cyberbullying Research Center.

Read the continuation of the of this comprehensive guide here.

Every teacher knows that understanding is the key to good knowledge. However,…

One Question We Should Always Ask When Implementing…

Unique Ways to Use Showbie Assignments | Part 2: Recap of…

No matter how clearly or emphatically I explain something, my students will…