No iPad? No problem. 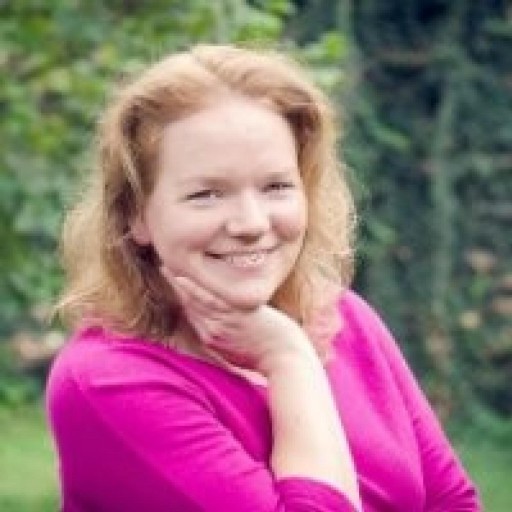 A self-described "education policy junkie," Rachel Land Nystrom loves to combine the research skills she honed while earning an M.S. in Education Policy with her technical writing chops to help others interpret and understand what's new in the education market. When she's not laboring over her keyboard, you'll find her at baseball games soaking up the sunshine or camping throughout the U.S.

Teachers need apps that are flexible and work on any device. That’s why Showbie continues to enhance its web app and make sure that all teachers can work in Showbie, no matter what technology they use.

Schools and teachers are constantly evaluating their technology choices. Whether it’s choosing between iPads and Chromebooks, laptops and desktops, or other alternatives, a lot of factors influence the type of technology that a school or teacher selects. In recent years, improvements in device functionality and technology cost concerns have led to the growing popularity of non-Apple (i.e., non-iOS) products.

“We’re seeing significant growth in schools purchasing Chromebooks and other devices that are dependent on the web browser. Teachers often use desktop computers or laptops for planning their assignments, even if their students are using iPads in the classroom,” says Colin Bramm, CEO and co-founder of Showbie. “We’re committed to reaching as many teachers as possible, regardless of the technology they use. That’s why having a great web app is so important.”

Showbie wants its app to be an option for all teachers, and this goal was the catalyst for the development and launch of Showbie’s web app in 2015. Since the launch, the Showbie team has been focused on improving the app so it has the same functionally as the iOS app.

“We’re nearly at the point where the web app will have all the same features as the iOS version,” says Colin. “In fact, one of the most popular tools, the pen tool, will be available on the web app in the coming months and work on most web browsers including touch screen enabled Chromebooks.”

As more features have been added to the web app, its popularity has grown among schools and teachers. It’s also gaining favor among teachers who choose to use desktops, laptops, and technology that isn’t iOS-based. Today, Showbie web app users are all over the world, and these teachers are finding it extremely useful in their classrooms.

Kevin Calkins, a photography teacher at Bishop Gorman in Las Vegas, Nevada, uses the Showbie web app as a platform for submitting photo assignments. Even though his students have access to iPads (and use the Showbie iPad app), the iPads aren’t powerful enough to handle the software his students need for his class.

“My students use powerful photo-editing software, like Photoshop, for their assignments,” explains Kevin. “They need a computer than can handle this kind of software. We do Photoshop work on desktop computers, and I have them save their work directly in the Showbie web app. It keeps the transition between assignments smooth.”

Andrew Ricciardi, a math teacher at Waimea College in Nelson, New Zealand, appreciates that the Showbie web app is another way for him to bring technology into his teaching. Andrew relies on the Showbie web app for collaborating with students and managing classroom assignments.

“I remember the days of booking projectors from the library to show my class resources from the Internet. That was 15 years ago,” explains Andrew. “Times sure have changed. I now use a document camera, make videos to share online, and use Showbie for student assignments and collaboration.”

In Andrew’s school, there are no shared computers, and booking time in the school’s computer labs can be difficult. To help students easily access Showbie, Andrew’s students use the Showbie web app on their phones.

“I use Showbie to deliver assignments to students and for them to reply with their work,” he says. “Most of their work is done on paper, and they just take a photo with their phone and post it to Showbie. I really like that my students can easily ask questions and post their work in Showbie.” 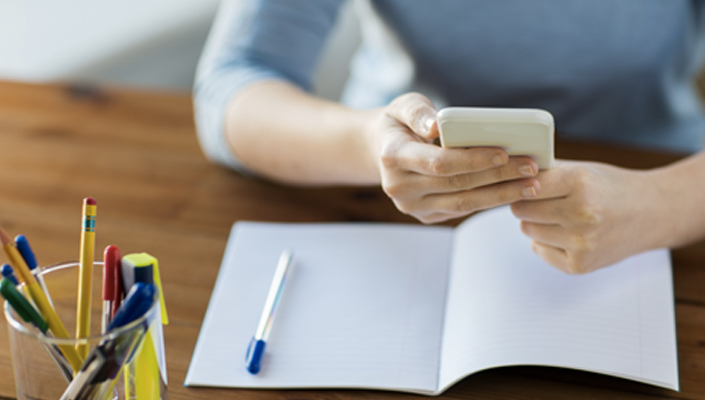 Sue Ann also uses the Showbie web app for her eighth grade financial literacy class. She uploads videos and online resources to the Showbie web app and requires students to access stored materials for class. This helps them learn a different method to access information and work within a platform that’s unfamiliar.

“It’s very important they are comfortable moving between platforms,” says Sue Anne. “After eighth grade, 90 percent of their computer classes become electives, so it’s really important they learn skills now that will carry on into high school and college.”

Teachers are also finding the web app useful when they want to work on a computer instead of a tablet. Tony Caccavo, a social studies teacher at St. John’s Preparatory School in Danvers, Massachusetts, uses both the iPad app and the web app. He uses Showbie in his classroom as well as in the Model United Nations Club he oversees. Tony appreciates that the Showbie web app gives him the ability to type comments when he wants to leave detailed feedback for his students.

“Showbie is very easy to use, and I discovered that it made me far more efficient at grading,” he says. “I type faster than I write, so when I want to leave comments I typically use the web app. That way I can go into more depth and detail on assignments.”

Kevin McCorrister, a teacher at Lincoln Middle School in Winnipeg, Manitoba, also prefers to use the web app when writing large amounts of content. Kevin uses a variety of technology in his classes including desktop computers, a projector, a SmartBoard, and iPads, and he finds the web app enables him to do certain tasks more quickly.

“The web app is best for typing large amounts of text or for uploading files,” explains Kevin. “I prefer to use the web app for creating classes, assignments, and uploading files for assignments. I can do this on the iPad, but it’s just faster to access my files on a desktop and on Dropbox through the web app.”

Kevin also appreciates that the web app allows him to connect with his students even when he’s using a different platform. For example, in his technology classes students use desktop computers to do their work and submit assignments through the Showbie web app, but Kevin uses the Showbie iPad app to provide feedback during class time.

“This method works well because after I mark my students’ work using the iPad app, I hear them already commenting on what they need to improve on based on my notes that they just read through the web app.”

Exciting updates are on the horizon for the Showbie web app. Along with the upcoming pen tool, the Showbie development team is working on other changes to make the app more functional for teachers. For example, soon users will be able to re-order items in shared folders. Currently, in both the web and iOS app, folder items are listed in the order they are uploaded. With this new update, teachers using either app will be able to re-order items in folders easily. The addition of a highlighter tool — highly requested by teachers — is also in the works for both the web and iOS app.

“We pride ourselves on listening to our users and developing updates that are the highest priority for them,” says Colin. “We want our teachers to know that when they implement or upgrade to different technology, Showbie will continue to meet their needs.”