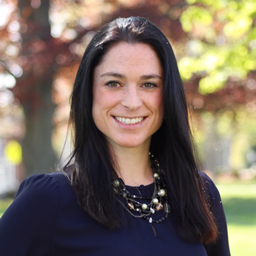 Kerry is a Digital Learning Specialist at St John's Prep, Director of K-12 Education at ConnectSafely, and a EdSurge Columnist. Find her on Twitter at @KerryHawk02. 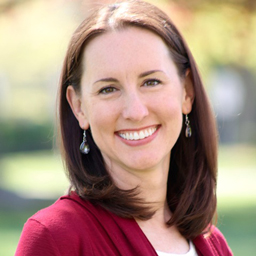 Julie is a former classroom teacher, curriculum writer, and current Digital Learning Specialist at St John's Prep. Find her on Twitter at @JulieCremin.

St. John’s Prep is committed not just to offering a rigorous and extensive curriculum, but also to providing students with the tools they need to excel in today’s world.

St. John’s Prep, an all-boys Catholic school in Danvers, Massachusetts, has a long history of preparing students for higher education. Nearly every graduate at the school (99 percent) goes on to a four-year college, and the school offers 22 different AP courses. St. John’s Prep is committed to offering a rigorous and extensive curriculum — and to providing students with the tools they need to excel in today’s world. For students at St. John’s Prep, these tools look very different from the resources other graduates used just a few years ago. While students still use familiar resources (e.g., textbooks) for learning, technology is now an integral part of how students work, research, and collaborate schoolwide.

The school knew that selecting the right tools for the iPads was critical. Teachers and students needed to be able to collaborate seamlessly, and users needed a system that was easy to use. One of the school’s World Language teachers, Elizabeth Solomon, began testing products and found Showbie. Not only was Showbie compatible with the iPads that had already been purchased, but she was thoroughly impressed with its functionality and the attentiveness of its support team.

“Ms. Solomon tested all the ins and outs of Showbie with some of her classes,” explains Kerry Gallagher, Digital Learning Specialist at St. John’s Prep. “She was thoroughly satisfied with both the platform and the responsiveness of the company.”

The school decided to try Showbie, and phased in the platform. Today, approximately 70 percent of the teachers at St. John’s Prep use Showbie. The varied functionality, which originally appealed to the school, continues to be a major bonus, and teachers are using Showbie’s features in a variety of creative ways.

“Our world language teachers use the voice notes feature to attach audio files to student assignments so students can hear correct pronunciation. Students can also upload voice notes so teachers can hear and give feedback on how they are pronouncing the language,” explains Kerry.

“Showbie is so flexible,” explains Julie Cremin, Digital Learning Specialist at St. John’s Prep. “Just a few years ago, there were only a few digital tools, with limited functionality. Showbie’s flexibility and versatility make communication, feedback, and collaboration so much easier.”

“Showbie’s flexibility and versatility make communication, feedback, and collaboration so much easier.”

With four years of experience to draw on, the technology team at St. John’s Prep has learned a great deal about successfully rolling out new technology tools in their school.

First, avoid telling teachers which digital tools to use. Instead, ask teachers to look for tools that they think will be helpful, and then encourage them to bring those suggestions to the technology team.

“Few of the digital learning tools in use at St. John’s Prep, including Showbie, originated in our office,” explains Kerry. “Many tools have come from our teachers’ suggestions. We encourage them to test new tools and share the resulting ideas with us and with their colleagues. If we have an idea, we ask teachers to try it out and let us know how it goes.”

Encouraging recommendations goes hand in hand with another best practice at St. John’s Prep—do not mandate the use of particular apps. “While it is required for everyone to use the school portal and online gradebook, we don’t force anyone to use Showbie,” explains Kerry. “When teachers use it and have success, they encourage their colleagues to try it. That’s the best way to get teachers to use an app. It shouldn’t be mandated from our team, because it may not work for everyone.”

Training is also an essential component of encouraging teachers to adopt technology tools in their classroom. At St. John’s Prep, teachers who use Showbie assist with training and demos so new users can see the app in action.

“We also encourage our teachers to let their students help them with new ideas or questions about Showbie,” says Julie. “Our students have often seen Showbie used in different ways in multiple classes, so they can bring new ideas to other teachers. And when a teacher has a question, students are a great resource.”

The digital learning team at St. John’s Prep also knows that no matter how much training is offered, using Showbie with students brings up questions and ideas for new features. That’s why it’s critical to have a partnership with the company that includes a user-friendly knowledge base and responsive professional support, according to Kerry.

“The knowledge base on Showbie’s website is thorough and easy to navigate.” says Kerry. “Also, when we’ve had ideas for new features, Showbie really listens to us and has even made upgrades that include features we’ve requested. Showbie is one of the most responsive technology companies I’ve ever worked with.”

The successful implementation of iPads and online tools like Showbie has helped the school move forward with its goal of helping students use technology throughout their education at St. John’s Prep. A story relayed to Kerry from a parent illustrates the degree to which technology has changed learning at St. John’s Prep and how the school’s iPad program combined with Showbie is expanding access to learning for students.

“One of our students was traveling, and while he was waiting to board the plane he took out his iPhone, opened Showbie, put on his headphones, and started listening to voice notes for an assignment from his teacher,” Kerry says. “While some people nearby may have thought, ‘Kids today are always on their devices,’ what they didn’t know is that this student was using downtime to learn. That’s exactly what we want. We want our students to be able to learn whenever they can, no matter where they are. That’s what makes technology so powerful.”