EDMONTON, CANADA – March 28, 2016 – Showbie has announced plans to support Microsoft Surface devices and other Microsoft classroom products by developing a Windows 10 Showbie App that will be available in the Windows Store. As part of Showbie’s push toward expanding their cross-platform services, the Windows 10 App will be fully customized for enhanced usability by Microsoft Surface users.

As more schools adopt Microsoft Surface devices as the 1:1 device of choice in their classroom, having a Showbie Windows App will help add convenience and functionality to Showbie users in Microsoft environments. Additionally, mixed device classroom environments will benefit from having a Showbie Windows app that is customized to Microsoft products, giving any Windows user an enhanced Showbie experience overall.

We’re excited to bring Showbie’s simple, fast, and effective assignment and feedback workflow to even more teachers, students, and parents with the release of our Windows 10 app. The app will benefit classrooms with 1:1 Microsoft Surface deployments, mixed device or BYO deployments, and will extend access to Showbie for the many parents and students who use a Windows PC or Surface tablet at home.

Showbie’s Windows 10 App for Surface Tablets is now available in the Microsoft Store, and offers enhanced file sharing between teachers and students, along with features such as portfolio, parent access and gradebook for Showbie Pro customers. It includes exclusive Windows 10 enhancements such as a Windows Live Tile that shows updates at a glance before launching the app, and support for drag-and-drop document uploads direct from the Windows file system.

Microsoft Surface devices are used in academic settings to help enhance education technology and streamline communication between teachers and students. With Surface Book, Surface Pro 4, Surface 3 and Surface Pro 3, there are several choices for classrooms to choose from, and all are compatible with Showbie’s Windows 10 App. Ultimately, Showbie’s optimization with Surface devices will help extend Showbie’s reach to more devices and more classrooms worldwide.

The names of actual companies and products mentioned herein may be the trademarks of their respective owners.

With over 1.7 million users, Showbie is an Edmonton, Canada-based classroom workflow app that makes it easy for 1:1 classrooms to go paperless on mobile devices. Teachers can easily create classes and assignments, and students can complete assignments using a variety of compatible apps, or by using Showbie’s built-in annotation tools. Teachers can then review, provide feedback, grade and place work in portfolios all within the app. Showbie is an all-in-one platform to manage lessons and classwork in schools implementing a 1:1 device program, and it is backed by Point Nine Capital, Kymbask Investments Inc., Yaletown Venture Partners, Imagine K12 and Azure Capital Partners.

Get the Free App

Documents, images, instructions and comments you add to the shared folder are instantly distributed to your entire class.

Add documents from your computer, favourite iPad app, Dropbox or Google Drive in a couple of taps.

Quickly add instructions, guidance, or links to assignments. Listen to voice notes submitted by your students.

Easily grade student work while viewing it, and add grades as a value, number or text. You also have room to add text comments. 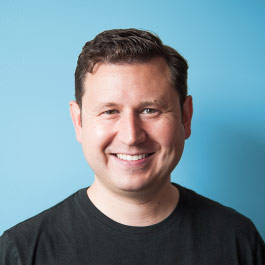 We’re excited to bring Showbie’s simple, fast, and effective assignment and feedback workflow to even more teachers, students, and parents!

Stay on Top of Classwork

Take a look at your class list and know instantly who asked a question, who submitted an assignment, and whose work is past due.

You can lock assignments to prepare and grade classwork in batches, giving you full control over who can see what, and when.

Type in a student’s name to quickly bring up their progress across all of your classes.

I bought @Showbie pro… It is worth every penny… By far my favorite app… My students hands down love Showbie.

Teachers can quickly and easily add work of any media type into a students portfolio with a single swipe.

Students can showcase their pride by adding work when their teacher enables it, allowing them to curate their learning journey.

Portfolio items are listed chronologically from all classes shared by the teacher and student. Students can even track portfolio items year-to-year!

Invite parents to Showbie to view their child’s ongoing portfolio of work, or give them complete access to assignment notifications and feedback in Showbie Pro.

Now Available on the Windows Store

Get the Free App